Compare discounted car hire at Hamilton Airport in New Zealand. Book at lower rental rates for estates, Sports Utility Vehicles, MPVs and minivans. Take your pick of vehicle companies, such as:- Abell, Ace, Apollo, East Coast, Go, Europcar, Ezi-rent, Hitch, Letz, Mode, Scotties and Thrifty, who are all helping us to make your trip go smoothly, and at a better price, whilst maintaining their usual level of motorcar, service and cover.

For value for money, older model vehicles are available, and are clearly shown on the rates page.

Island hopping may need leaving your vehicle at Picton or Wellington ferry ports, but some suppliers do allow you keep the car, but check if doing a one way.

All car rentals come with all the benefits and features you need, including complimentary breakdown assistance, fully comprehensive insurance and unlimited miles.

Vehicles come with power steering, front airbags, stereo radio/CD players and ABS as standard throughout the fleet. Many others are equipped with extra safety features such as side airbags.

All cars on Thrifty fleet meet the 5 star ANCAP safety ratings. Also all comfort comes first with all all models coming with air-conditioning to keep you cool when driving. Should your desire be for a nifty economy car for around town, a comfortable mid-size or full size sedan, 4WD or minibus Thrifty have something to suit your requirements.

Changes to your booking are without charge, but can be affected by any change in car price, once original booking made.

New Zealand is south and fairly close to Australia and sits alone in the Pacific Ocean. The island is split into two islands, North and South Island with other smaller islands surround the two larger islands. 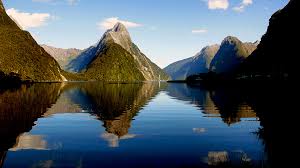 Visit the local vineyards, with a diverse geographical landscapes, head south and catch the Picton ferry to South Island. With it being isolated, some would say it is set in a time warp. For example, at weekends in Auckland with its modern business building, it is common to to see the locals driving through the city streets in pickups with hunting dogs in the rear.

Kiwi driving made easy and quick.

Save rental rates for saloons & hatchbacks.

Most of people tend to think of Auckland as the the capital city of New Zealand, when in fact it is Wellington and it has the added virtue of being the most southern capital city in the world. Skiing is possible in mountain ranges that surround Wellington.

The city continues to recover from the fairly recent earthquakes, so Christchurch definitely warrants a visit, as plenty to do and see.

Watch out for the sheep wandering onto the road!

If off to Oz later in your trip, then check prices here:- Australia.