Compare our low cost Nuremberg Airport (NUE) car hire, and save when you book with well known companies, through ourselves. Great deals to be had on all types of vehicles, but there is no cutting corners on service or quality.

You can choose your car from well-known, reputable companies in Germany, such as:- Budget, Enterprise, Dollar, Europcar, Sixt and Caro.

Vehicles come in all sizes, from small city cars, to estates and SUV, to 9 seat MPV and minivans. However if you do need a specialist type vehicle, then please book early, as even airports can get sold out in peak seasons, like ski time.

Driving in Nuremberg Airport and Germany

Driving a car hire is one of the pleasures of a German holiday. Autobahns link most cities and tourist destinations. Secondary urban roads pass through pleasant farmland and wooded landscapes. Unless driving large trucks, German roads are toll free. Drivers are permitted 0.5 mg/ml alcohol in their blood. Violators face stiff penalties.

The Romantic Road follows a medieval trade route from Wurzburg south to Bavaria and Fussen. The road offers a taste of the Germany of olden times with attractions including the historic city of Dinkelsbuhl and Neuschwanstein Castlealong its 350km length.

The Schwarzwaldhochstrasse is one of several scenic signposted roads for rental cars in the Black Forest. It runs from the spa town of Baden-Baden up over the Buhlerhohe and Schliffkopf Hills to its terminus in Freudenstadt. The route links a number of ski resorts.

The Baltic Sea shoreline,east from Warnemunde and Rostock leads to exciting destinations that include the seaside resort of Graal-Muritz, Ribnitz-Damgarten and its diverse draws, and Stralsund UNESCO designated town centre.

Great motoring deals in Nuremberg Airport to be had here.

Book your vehicle early when driving in ski season.

Save rental rates for saloons & hatchbacks.

Range of SUVs to hire at lower rates.
Germany provides visitors with a wealth of attractions and historic sites. Beaches in the environs of the Jutland Peninsula in the north of the country are heaven in the summer months.

The port city of Hamburg is south and home to the infamous Reeperbahn nightlife precinct as well as other draws such as St Pauli Piers and museum ships. Berlin is over near the eastern border of the country and the Tiergarten and Museum Island are among its unmissable sites.

Getting a self-drive car hire gives the freedom to travel at will. Frankfurt am Main is in the middle of the country and an ideal base for sight seeing trips to Wiesbaden and the Taunus Mountains.

The Black Forest is in the southwest corner of Germany and one of its most popular tourist hot spots.

Berlin is probably the best known city, with it's Cold War history, including the Air-Drop and Wall. Today, it is has one of the largest annual festivals in Europe, and it is not October Fest. 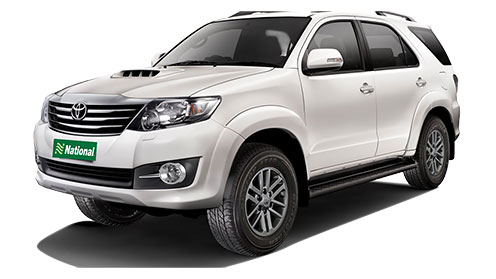 "Hire early, for Nuremberg Airport, to ensure you get the vehicle you want, at the price you want to pay"

Holidaymakers will find the weather between April and early October conducive to enjoying outdoor activities and beaches. August tends to be hot and it is also peak tourist season, so better avoid this month if possible. Ski resorts in Bavaria and the Black Forest open in December and closes in April.